We explore the places where TV series and movies are shot. We usually remember that emotional, action-packed or suspenseful scene, thanks to its magnificent backgrounds. For example, whenever we pass by Samatya square, we have the feeling that we will see Ali Haydar Usta, played by the master actor Şener Şen.

Of course, this also applies to the movies we love. As we pass in front of a stone house during the Çeşme holiday, the scenes of the movie We Are Like This come to life in our eyes. Let’s find out where the places identified with movies and TV series are. Include a place where you can feel inside your favorite production in your weekend itinerary. 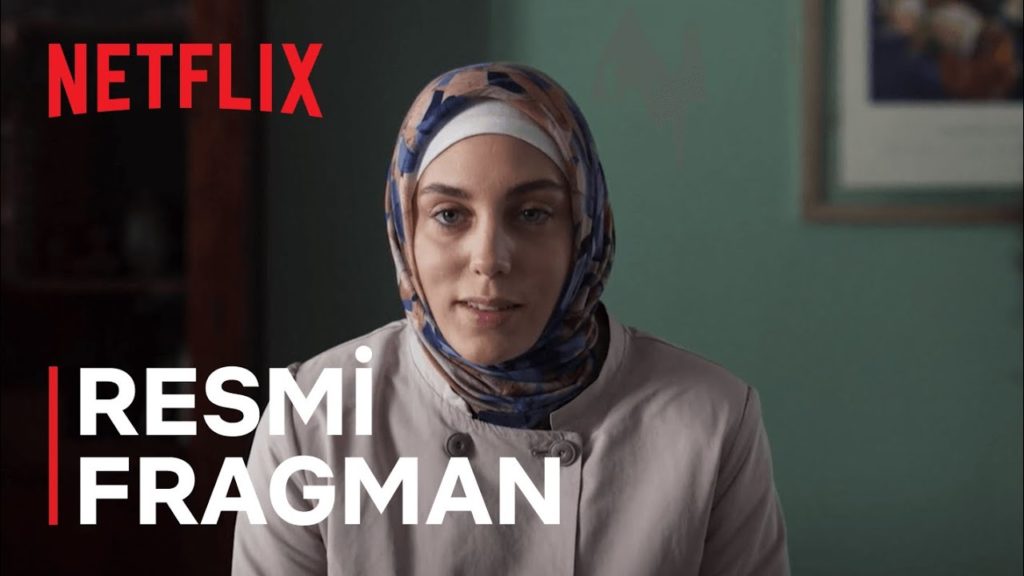 Where is the TV series “Anotherdir” Filmed?

You can go to Beykoz Tokatköy and walk the streets where Meryem walked. If you are going from Üsküdar to Beykoz, you can also stop by Göksu Pavilion on the way. Where Tosun Pasha was filmed you can see. Where is the Pit Series Filmed? TV Series and Movie Filming Locations

The Çukur series Fener, starring Aras Bulut İynemli, is filmed in Balat. We recommend you take a day off to Balat and visit this nostalgic district of Istanbul. Places to visit in Balat Balat Travel Guide You can find out by reading our article.

Where Is The Red Room Series Filmed?

The series, in which the stories of the doctors and clients in the psychiatry clinic are told, are shot in different districts such as Şiler and Ortaköy. The most curious thing is the location of the clinic of Doctor Hanım, played by Binnur Kaya. Clinical shootings are done in Beykoz Shoe Factory. If you haven’t discovered this place yet Beykoz Shoe FactoryWe recommend that you read our article about. Where is My Brothers Series Filmed?

This series, in which we watch the stories of four brothers, is shot in several districts with Fatih. In addition, the house where the brothers live is in Fener Balat. When you go home, you may realize that this is the place where the Canevim TV series was filmed. Where is the Innocent Apartments Filmed? TV Series and Movie Filming Locations

The series featuring famous actors such as Ezgi Mola and Farah Zeynep Abdullah is filmed in Beyoğlu and Fener, Balat. The apartment that gave the series its name is in Beyoğlu Asmalı Mescit. Where is the Daughters of the Sun TV Series Filmed?

The drama and romance series Güneşin Kızları was filmed in Istanbul and Izmir. In Kanlıca and Beykoz in Istanbul, in Alsancak and Konak in Izmir!

Where is Pretty Little Liars Filmed?

Adapted from the TV series Pretty Little Liars, various districts of Istanbul were used as the background. The university scenes of the Sweet Little Liars series take place at the Piri Reis University in Tuzla.

Where is the Heart of the Wind TV Series Filmed? TV Series and Movie Filming Locations

Although TV series usually take place in the districts of Istanbul, the situation is different for movies. Turkish-made films are shot in different provinces of Anatolia that have unique characteristics. Here are the places where famous movies were shot…

Where Is It Once Filmed in Anatolia?

The film, which won the Grand Jury Prize at the Cannes Film Festival, takes place in the Keskin district of Kırklareli. We recommend that you go to Kırklareli to see the magnificent sights you once saw in Anatolia. also Kirklareli Places to Visit By reading our article titled, you can complete your trip without skipping any place. Where is the Bandit Movie Filmed? TV Series and Movie Filming Locations

Eşkıya, starring master actors such as Şener Şen and Uğur Yücel, was filmed in İstanbul, Şırnak and Şanlıurfa. Istanbul scenes take place in Tarlabaşı, Haydarpaşa and Beyoğlu. In addition, a part of the film was shot on Mount Cudi in Şırnak and in Şanlıurfa. 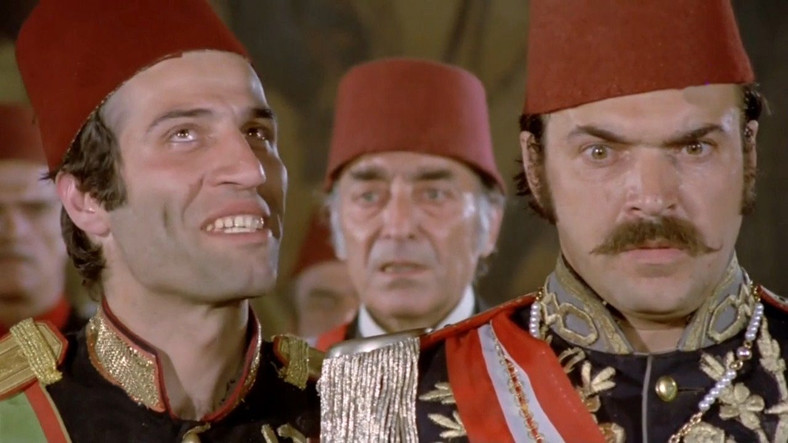 Tosun Pasha is one of the unforgettable Yeşilçam films that have been broadcast many times. The movie takes place in the Hidiv Pavilion in Istanbul, as well as the Emirgan Grove and Göksu Pavilion. 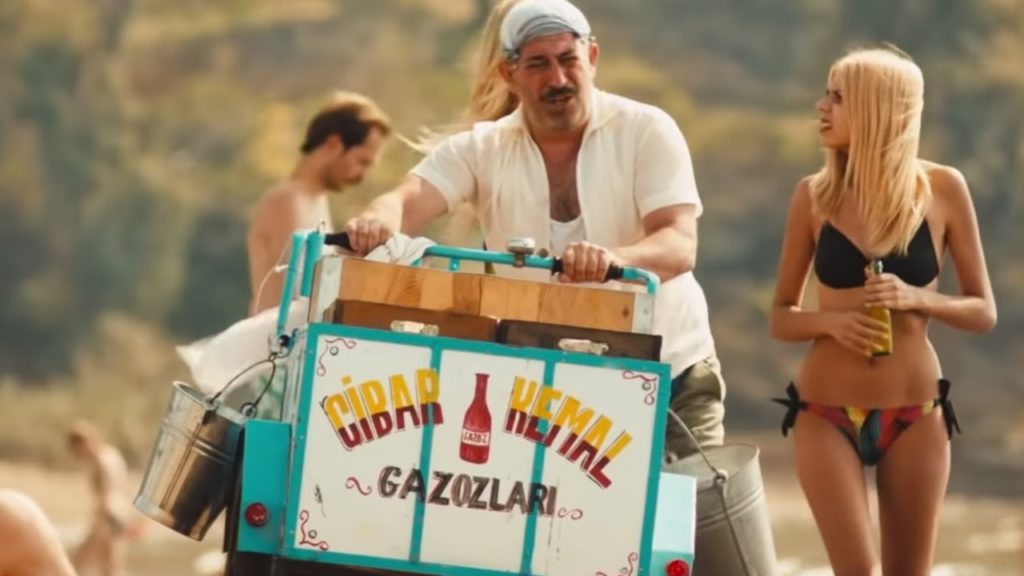 Where Is the Iftar Soda Shot? The film shot in Osmaniye is one of the most popular productions of Turkish cinema even today. We suggest you plan a trip to Osmaniye, where you can visualize the touching dialogues of Türkan Şoray and Kadir İnanır. In addition to this, you can find places to visit in Osmaniye. Osmaniye Travel Guide You can find it in our article.

Where Is My Father and My Son Filmed? TV Series and Movie Filming Locations

This emotional Cagan Irmak movie is Balikesir; Ayvalik, Istanbul and Izmir; It also takes place in Seferihisar. You can breathe the atmosphere of the movie by going to Ayvalık or Seferihisar, which are popular destinations of summer vacation.

Where is Çiçek Abbas being filmed?

The movie Çiçek Abbas, which is remembered with its iconic red minibus, takes place in Istanbul Alibeyköy. Where is Ayla Filmed? TV Series and Movie Filming Locations

The movie, whose script was inspired by the events of the Korean War, takes place in Tarsus. Also, to get information about Tarsus, the city where the legend of Şahmeran was born, and the legend. Tarsus You can read our article on

One of the first characters that comes to mind when Şener Şen is mentioned is Zuğurt Ağa. This legendary movie takes place in Şanlıurfa Haraptar village. 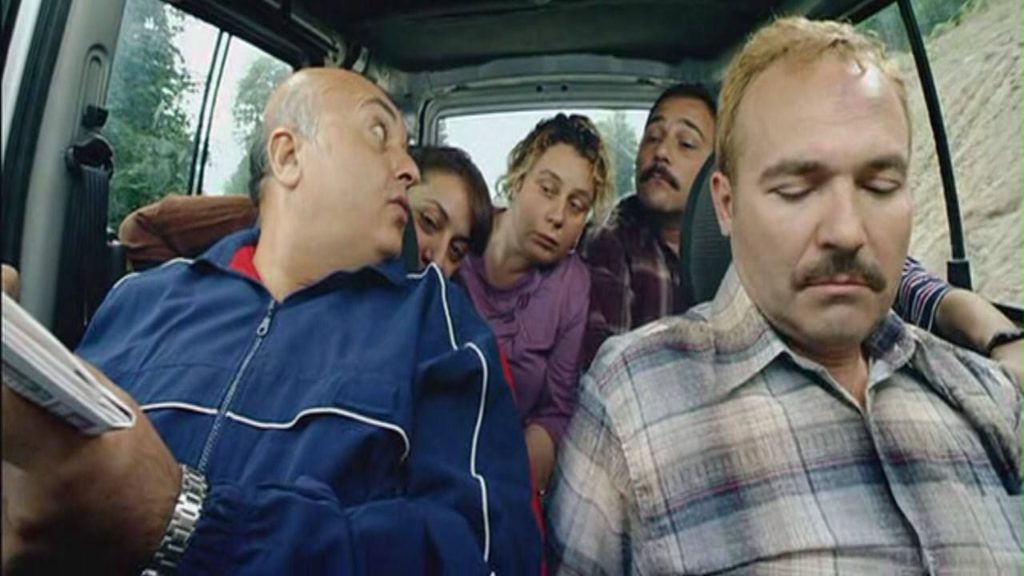 Balancing drama and comedy with Engin Günaydın’s unique acting, the film takes place in the Erbaa district of Tokat. In addition, to find out who the players from Tokat, including Engin Günaydın, are. Who are the Celebrities from Tokat? Don’t forget to read our article.

Where is Egg – Honey – Milk Extracted?

Directed by Semih Kaplanoğlu, the trilogy spans three different cities. Egg is in Gölcük, Milk is in İzmir, and Honey is in Rize Ayder plateau. To get information about Ayder Plateau, which is one of the trending travel addresses recently Ayder You can read our article on